Toyota has predictably run away from the pack in LMP1 but the battle for victory in the LMP2 class remains close as the sun sets on the Circuit de la Sarthe in the 24 Hours of Le Mans.

The two cars are currently running on differing strategies so have continuously traded positions in the opening four hours.

The #1 Rebellion Racing entry, currently driven by birthday boy Gustavo Menezes, is in third and a lap down at time of writing, with Romain Dumas in the #3 Rebellion in fourth.

With 20 hours to go, the race has yet to see any real incident of note, although LMP2 front runners Racing Team Nederland lost two laps on the leaders while pitting to fix a cooling issue in the early stages. 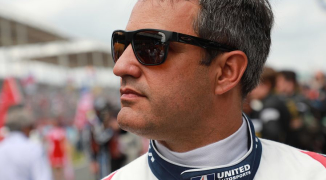 Former F1 drivers tackle Le Mans – who to watch out for

In LMP2, the Australian James Allen led for the entirety of his two-and-a-half-hour stint in the #39 Graff, but the lead was relinquished during the stops with the #32 United Autosports entry of Will Owen inheriting the position.

The Graff has dropped down to eighth as Vincent Capillaire, who took over from Allen, clumsily tagged a GTE car when overtaking and slid into the gravel trap, losing all of the progress made in the first stint.

Heading into the night, the weather is expected to play a role with thunderstorms expected to hit the circuit at around 7pm.

Further rain is also predicted for around midnight.