South Australian circuit ‘The Bend’ has offered Formula 1 a fall-back option should Melbourne be unable to stage next year’s season-opening grand prix.

Albert Park has hosted F1 since 1996 following a run of 11 straight races around the Adelaide Street Circuit.

This year’s curtain-raiser at Melbourne was cancelled due to the onset of the Covid-19 pandemic. Australia continues to face a challenging time, with Melbourne one of the worst affected cities.

Although the 2021 F1 calendar has yet to be released, The Bend – that sits 100km south-east of Adelaide – is being offered as a potential alternative venue should Albert Park fall by the wayside.

South Australia Premier Steven Marshall said: “We’re not going over to poach [F1 from Melbourne], but we stand ready with a fantastic track in South Australia.” 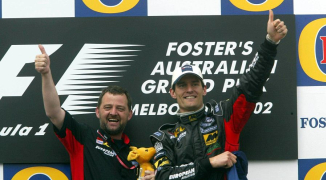 Despite repeated conversations about F1 returning to Adelaide, with the Australian Supercars championship still using a shortened version of the track, Marshall explained that utilising the street circuit again is no longer possible.

“We don’t have the ability to put together a street circuit which would be suitable for Formula One, so the only option for the grand prix to come to South Australia would be at The Bend,” said Marshall, via whichcar.com.au.

“To bring quality events to South Australia that promote economic activity and get our economy moving again is exactly what we’re looking at.”

The Bend is the second-longest permanent racing venue in the world – behind the Nordschleife – at 7.7km, which is 0.7km longer than Spa-Francorchamps.

Although the circuit currently only holds an FIA Grade Two licence and not the Grade One certification required for F1, should the need for a temporary change of venue arise, the situation could be swiftly dealt with.

Hamilton NOT under investigation by FIA, governing body to clarify its guidelines