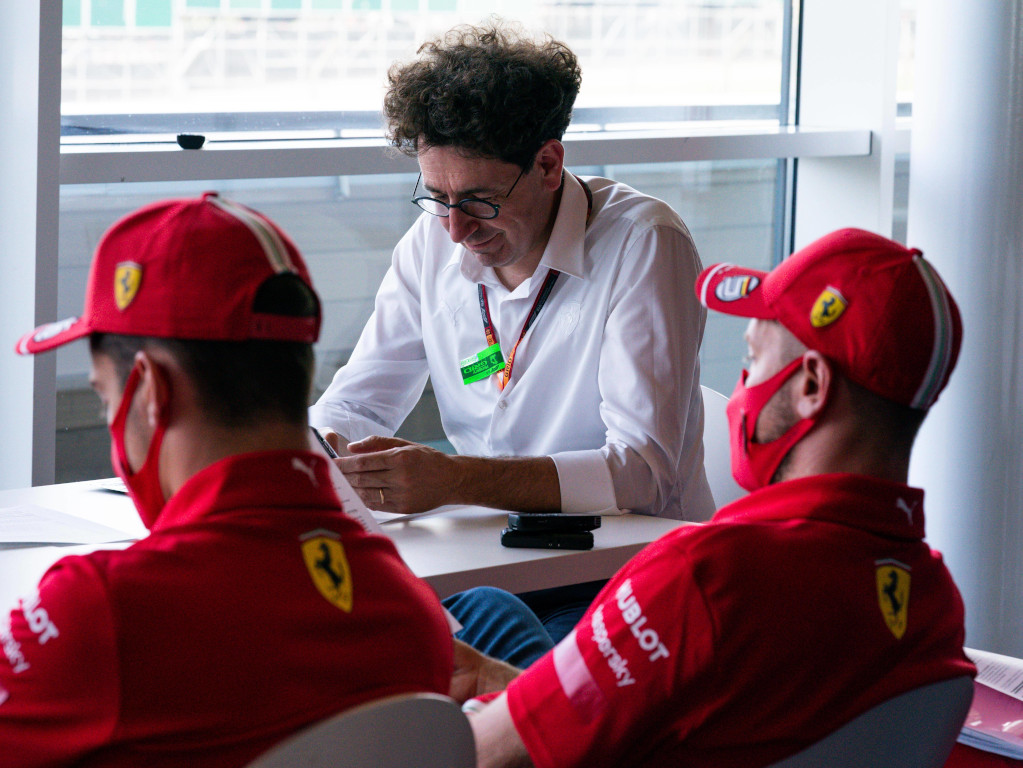 Former Ferrari team boss Ross Brawn says the Scuderia do need a change of plan, but not a “revolution” as their struggles continue.

When Ferrari rocked up after the 2019 summer break and beat Mercedes to the line at Spa and Monza, courtesy of Charles Leclerc, it looked as though the Silver Arrows had finally met their match in the turbo-hybrid era.

The details of the FIA’s private settlement that it struck with Ferrari remains closely guarded, and team principal Mattia Binotto has said it will stay that way because it relates to Ferrari’s intellectual property.

Sadly though the talk isn’t going away as the team struggle on in 2020, nowhere near their rivals Mercedes at the top. Instead they have been left fighting to finish in the points.

And Ferrari aren’t expecting significant improvements until 2022 at the earliest when Formula 1 introduces the new regulations.

Leclerc crossed the line P8 at Ferrari’s 1000th race as their Mugello track hosted the Tuscan Grand Prix, while Sebastian Vettel just made it into the points in P10.

Binotto so far has retained the faith of the Ferrari board, and Brawn has warned against any “kneejerk reactions”.

Instead, he recommends a well thought out plan for his former employer, rather than a “revolution”.

“Ferrari were anticipating a difficult weekend heading to Mugello, and while Charles Leclerc snatched an impressive fifth in qualifying – he didn’t have any pace in the race and quickly went backwards. Team-mate Sebastian Vettel didn’t have better fortune,” F1 managing director Brawn wrote in his post-race column.

“I’ve been fortunate to see a large part of Ferrari’s 1000 races, including of course a memorable period working there. I have fond memories of my time at Maranello. We enjoyed a lot of success, but only after several tough years putting the building blocks in place.

“Ferrari have a lot of work ahead of them to return to the front. A kneejerk reaction never solves a problem. A structured plan is needed – and the time given for it to come together.

“The team may need strengthening, but it doesn’t need a revolution.”

Ferrari now have a weekend off before Formula 1 returns for the Russian Grand Prix at the Sochi Autodrom.

Mercedes have won every Russian Grand Prix since it joined the Formula 1 calendar in 2014.