Formula 1 returned for a third consecutive triple-header with the Belgian Grand Prix kicking things off at Spa-Francorchamps.

The race itself is not one that will live in the memory for too long, with Lewis Hamilton taking the 89th win of his F1 career, leaving him two shy of Michael Schumacher’s all-time record.

Away from the records though, here are the main talking points from the weekend. 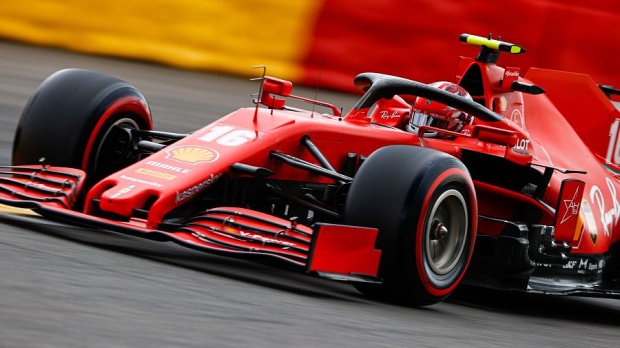 Ferrari finished the race. You would be hard-pressed to find anything more positive to say about the Belgian Grand Prix than that simple statement for the Italian manufacturer.

From the start of pre-season testing it was evident the Ferrari power unit lacked the pure grunt of its predecessor, and the low downforce, high-speed Spa layout highlighted these problems to a degree far greater than team principal Mattia Binotto would have imagined in his worst nightmares.

Charles Leclerc and Sebastian Vettel narrowly managed to escape Q2 but neither managed to make it into the top-10 shoot-out. Lining up 13th and 14th on the grid a year after locking out the front row, the two drivers failed to progress up the order.

To make matters worse, Kimi Raikkonen, in the Ferrari-powered Alfa Romeo, finished ahead of the pair in 12th.

After the race, future Ferrari driver Carlos Sainz stated Ferrari “needs to make a very big step” if it is to return to the front any time soon, while Vettel, perhaps glad the Tifosi will not be able to attend the Italian Grand Prix at Monza, believes the fans would not boo the team despite its shocking performances of late.

Of the next six grands prix, three will be held in Italy, an idea Ferrari surely relished originally.

Bottas down but not out

Valtteri Bottas may now be trailing Mercedes team-mate Lewis Hamilton by 50 points in the drivers’ championship standings, but the Finn has claimed “If I would give up now then I would rather stay home, so I will keep pushing”.

Even at the start of the Belgian Grand Prix where slipstream is a powerful weapon, Bottas failed to provide even a hint of a threat to Hamilton’s lead. Instead, it looked more likely Max Verstappen and Daniel Ricciardo behind would get the run on him.

Including the final three races of 2019, Bottas has finished ahead of Hamilton in just two of the past 10 grands prix. Only four times has the Finn finished inside the top two, claiming victory twice.

In the same period, Hamilton has failed to finish in the top two just twice, adding six victories to his near record-breaking haul, five of which have come in 2020.

Bottas may not like this, but it does appear only a matter of time before Hamilton wins his record-equalling seventh title.

Renault has been very much a team that has simply been there in 2020. Never at the back and rarely troubling the front-runners, it has gone quietly going about the business of picking up the points here and there.

This was, however, until the Belgian Grand Prix where the team came alive.

In low-downforce, Esteban Ocon was the quickest driver through the speed traps all weekend, and the team was comfortably the third-fastest behind Mercedes and Red Bullt.

Starting sixth, Ocon enjoyed a quiet drive to fifth in the race while Daniel Ricciardo, who attempted a move on former Red Bull team-mate Max Verstappen for third in the early stages, converted his fourth place grid slot into the same position in the race.

Ricciardo also took the point for the fastest lap, setting his time on the final lap, taking Renault’s points total for the event to 23, the most by the manufacturer from a grand prix since it returned as a constructor in 2016.

Imagine you are Pierre Gasly for a moment. One year ago you lost your drive at a top team and also your best friend in a matter of days.

Returning to the scene of such emotion cannot have been easy and the poignant images of the Frenchman laying a floral tribute to Anthoine Hubert were enough to put a lump in the throats of anyone.

When he stepped into his AlphaTauri, the build-up of emotion only seemed to drive him on.

Starting 12th, Gasly made an alternate strategy work as he chose not to pit during an early safety car period but instead remained on his hard tyres and switchd late in the day to softs.

In the closing stages, Gasly was able to carve his way through the field like a hot knife through butter.

On the team radio, he said he hoped Anthoine enjoyed his performance and, judging by the fact he won the public driver of the day vote, it’s likely his friend was not the only one to enjoy the spectacle.

The wheels fall off for Giovinazzi…quite literally

Antonio Giovinazzi lost control of his Alfa Romeo on the exit of the Fagnes chicane and made heavy contact with the wall.

Although this kind of incident, where a driver catches a slide before the car grips up and fires in the opposite direction is not uncommon, FIA race director Michael Masi has expressed his concern at the failure of the wheel tethers to keep the rear-left attached to the C39.

After coming loose, the wheel bounced across the track and Williams driver George Russell was powerless to avoid making contact with the weighty piece of debris.

Every incident in F1 is thoroughly investigated, but given wheels have come loose in other recent incidents involving Daniil Kvyat and Kevin Magnussen in recent events, it is likely the level of detail and scrutiny will be increased on this occasion.

Bottas: I’d rather stay at home than throw in the towel