Haas team principal Guenther Steiner has again defended Romain Grosjean after his driver claimed he was the subject of abuse on social media.

Grosjean revealed he had been accused of being a racist in light of the situation that unfolded before and after the Hungarian Grand Prix.

The Frenchman explained that as a director of the Grand Prix Drivers’ Association he had listened to, and was in support of, those drivers who felt they no longer needed to act further after they had shown their backing for the cause just before the season-opening race in Austria.

It led to Hamilton criticising Grosjean after the grand prix at the Hungaroring, and subsequently a telephone call between the duo two days later to clear the air.

Following the rushed, fragmented protests of the last two races, with some drivers kneeling, others choosing not to, nor wearing an ‘End Racism’ t-shirt, the FIA have set aside time for the drivers to organise a more appropriate stance. 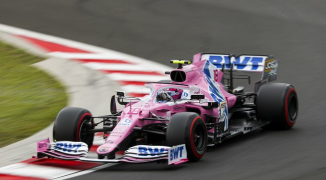 Grosjean issues apology to Hamilton, but accused of being a racist on social media

Steiner, who defended Grosjean following Hamilton’s comments in Hungary, has been forced to again staunchly champion his driver.

“I think I’ve said it before, I’m of the opinion that every individual needs to express his own opinion himself and how he wants to,” said Steiner.

“I’m sure, and I can support this publicly, that Romain is not a racist or anything like that. Everybody has got the freedom to state his opinion or to help somebody how he wants.

“I think if people come to the conclusion that he is a racist because he didn’t wear a black t-shirt, that is not correct in my opinion, because you shouldn’t judge somebody on a t-shirt.

“I think respecting people and everybody around you, it’s in your heart and not on a t-shirt.