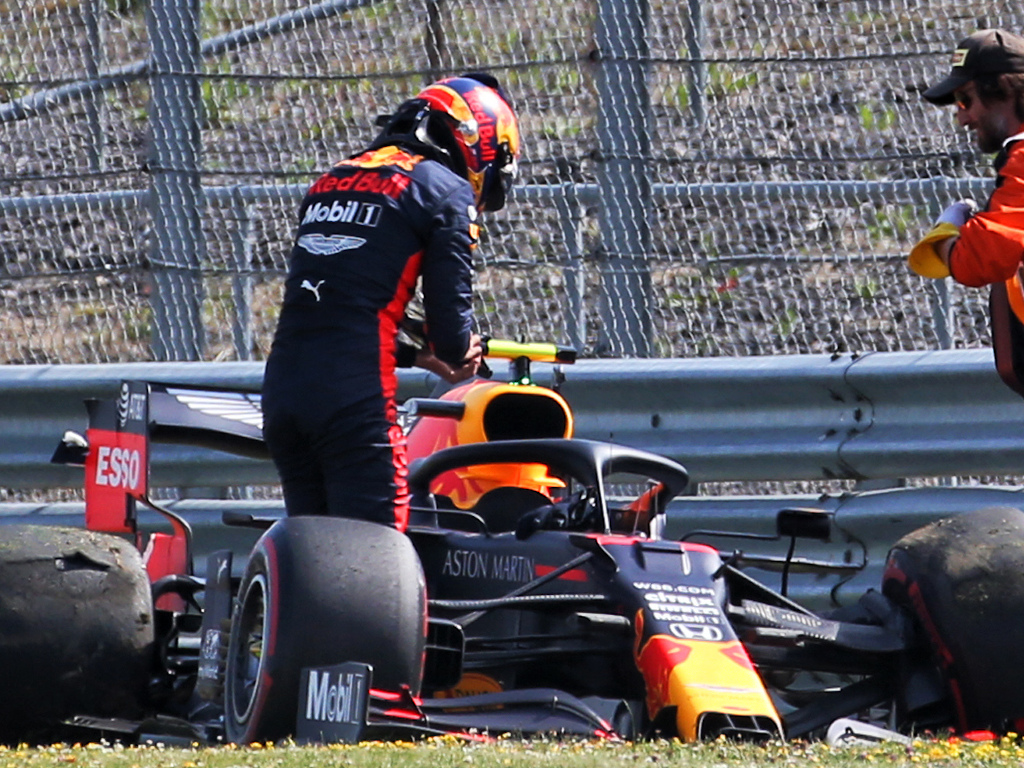 Christian Horner has leapt to Alex Albon’s defence, saying recent criticism of the driver is both “unwarranted and unfair”.

Stepping up to Red Bull midway through last year’s championship, Albon came close to a maiden Formula 1 podium at the Brazilian Grand Prix only to have that taken away by a late collision with Lewis Hamilton, one that was the Brit’s fault.

Unfortunately for the Thai racer it was more of the same at this year’s season-opening Austrian GP where once again a late collision with Hamilton cost him a podium, perhaps even the chance to fight for the win. Once again it was the Mercedes driver who was to blame.

Since then, though, Albon has failed to make another dash for a top-three showing.

He was fourth at the Styrian Grand Prix, a race in which he never once looked able to challenge the Mercedes drivers, prompting former driver turned commentator Jolyon Palmer to say he brings “nothing” to the fight.

A week later he was a distant fifth in Hungary, crossing the line 80 seconds after race winner Lewis Hamilton.

This led to several pundits, including Ralf Schumacher, saying Red Bull need to drop Albon and put Sebastian Vettel in the car if they want to have two drivers fighting Mercedes next season.

Albon didn’t help himself with his critics when he crashed in FP2 for the British Grand Prix, binning his RB16 at Stowe.

Here’s Alex Albon’s crash in FP2, luckily he was able to walk away unharmed from his heavily damaged Red Bull. #BritishGP pic.twitter.com/NhXL6uqDYU

Horner, though, feels the criticism is not fair given that Albon only joined the team mid-2019.

“I think there has been criticism if Alex, which in some ways has been unwarranted and unfair,” he said.

“We know the car we have provided our drivers with this year isn’t optimised and it has had some difficult characteristics and for a driver that doesn’t have experience, he’s only just had over a year’s worth of Formula 1 experience, that’s a tough call.

“And I think he just needs time and we’re doing our best to support him as much as we can and things like the experience of the race engineer he’s now working with will only compound that.”

After three races Albon is fifth in the Drivers’ Championship on 22 points, 11 behind his team-mate Max Verstappen.