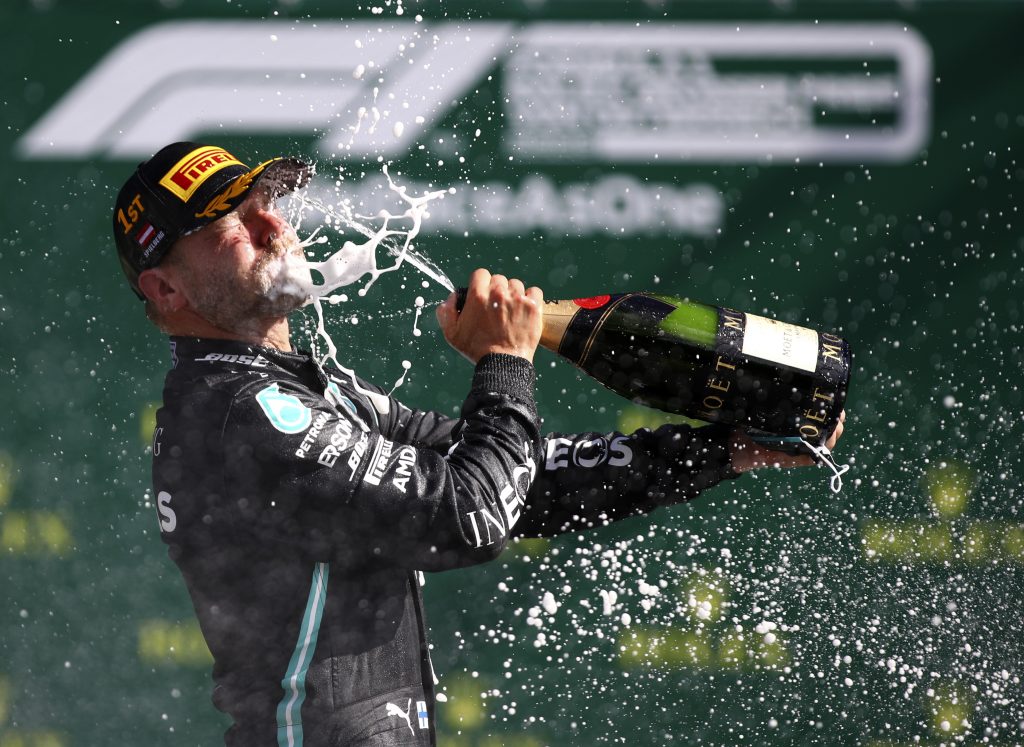 Despite winning from lights to flag, Jolyon Palmer says Sunday’s Austrian Grand Prix was not one of Valtteri Bottas’ best races.

Formula 1 returned to racing at the Red Bull Ring this past weekend with Bottas putting his W11 on pole position.

The Finnish driver out-qualified his team-mate Lewis Hamilton by 0.012s only for Hamilton to drop to fifth on the grid when he incurred a three-place grid penalty for ignoring the yellow flags that were waved for Bottas’ late off in Q3.

Instead Max Verstappen started second ahead of Lando Norris, Alexander Albon and Hamilton.

The Brit’s grid drop coupled with Norris fighting Verstappen for position throughout the opening lap meant Bottas was given an easy run at the start.

With Hamilton having to overtake those ahead of him, Bottas was 7.4s up the road when the reigning World Champion eventually made his way up into second place.

Hamilton showed the better pace, closing in on his team-mate when the Safety Car, out for Kevin Magnussen’s off, meant all the drivers came into the pits.

Speaking on BBC’s Chequered Flag podcast, the former Renault driver said: “I’d give him a seven.

“He did everything he had to but fundamentally he didn’t have as good pace as Hamilton, who was able to drive consistently within a second of Bottas and was reeling him in before the first Safety Car.

“I think without that first Safety Car, Bottas was in trouble.

“He looked like he was going through the tyres quite quickly and he wouldn’t have had any hands to play in the strategic game that was about to follow.

“Hamilton could have tried to undercut him if he got there, or forced Bottas to pit early and then Hamilton goes long and would attack him at the end of the race.

“But because the first Safety Car came, they both pitted, went onto the same tyre and it let Bottas off the hook.”

Bottas held off Hamilton at the restart and again at the second, and the third.

The Finn, who led every lap of the race, raced to the chequered flag to take the season-opening victory for the second year running.

“I don’t think it was one of his better drives but circumstances meant he won the race,” Palmer continued.

“I think Bottas had some let-offs, but he also did well under the amount of pressure he had from Hamilton not to make a lock-up or miss an apex because Hamilton would have been through.

“To win a race ahead of Hamilton is a very good achievement.”