Ferrari will race with a ‘message of support’ for former Formula 1 driver Alex Zanardi in Austria, the Italian in a serious condition following a handcycling accident in mid-June.

The hashtag #ForzaAlex began trending on social media quickly after news broke on June 19 that former CART champion and Williams F1 driver had been involved in a serious accident in Italy.

The 53-year-old, who lost both his legs following a CART accident in 2001, had been competing in a national Paralympic handbike ‘Obiettivo tricolore’ relay race, when he collided with a ‘heavy vehicle’.

Ferrari says it will display the hashtag on both cars, o’on either side of the roll hoop, just under the camera on the engine air intake’.

As of the most recent update on his condition, Zanardi’s condition was described as stable but serious. 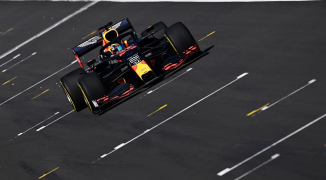 The statement read: “The patient about 24 hours after the operation presents stationary clinical conditions and a stable course from the neurological point of view, whose picture remains serious. Alex Zanardi is hospitalized in the Intensive Care Unit, where he remains sedated and intubated, and the prognosis remains confidential.”

No further update will be released unless there is significant change to his condition.