McLaren is determined to “hit the ground running” when Formula 1 finally returns this weekend.

The past few months have been turbulent for the company behind the F1 team as it has been forced to announce 1,200 job losses and secure funding via the aid of a £150million bank loan to guarantee its financial future.

That followed McLaren’s best performance on track for eight years last season when it finished fourth in the constructors’ championship.

CEO Zak Brown has already stated, however, that retaining such a position will be difficult this year given the glimpses of form displayed from others in pre-season testing.

While the cars will be different from those seen in Barcelona, team principal Andreas Seidl has the opposition in his sights. 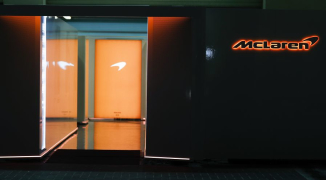 “It’s been a long wait, but we’re finally ready to get the 2020 season underway,” said Seidl.

“I know that the fans, our drivers and our team have been waiting a long time for this moment and are all excited and hungry to get out there again.

With the season starting with a double-header in Austria, Seidl added: “Our preparation for Austria has been a balance between building enough parts to get through an intense period of races and updating and developing the car. We’re working hard to keep improving the car however we can.

“Two races in Austria presents an interesting new challenge for us. We were strong there last year but, with the uncertainty caused by the delayed start to the season, we will need to be operating at 100% to maximise our performances in both races.

“I know the whole team, Lando [Norris] and Carlos [Sainz] are all excited by this challenge and we’ve been working hard to make sure we hit the ground running in Austria.”