Mercedes introduce Valtteri Bottas 3.0 as the team prepare to mount an assault on a seventh consecutive Formula One championship double in 2020.

Having launched their new livery on Monday, Mercedes showed off a bold new look for Bottas in a comedy video. The piece, which shows the Finn sporting a long beard and eating porridge, both things that fans had joked were reasons for the early season success of Bottas in 2019.

Champion in the 1997 season, Jacques Villeneuve told France’s Auto Plus that the input of Bottas at Mercedes should not be underestimated and that the Finn has pushed champion Lewis Hamilton to become better in the past three years.

“In previous years, Lewis would be out of shape in two or three races, but in 2019 he raised the bar very high,” said Villeneuve.

“Part of that is that Bottas was more aggressive and did not let him relax.

“He proved that he is a very fast driver, but getting ahead of Hamilton is not easy.

“Many people think Bottas does not deserve his place at Mercedes because he is behind Lewis, but he could be ahead of many other drivers. Lewis is one of the great drivers.”

Mercedes, although having already launched their 2020 Formula One livery, will officially launch their W11 car on Friday. 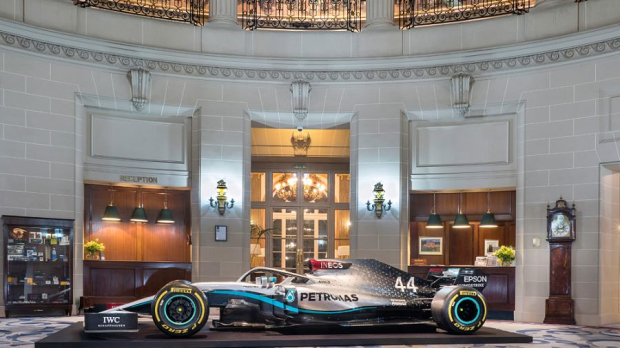