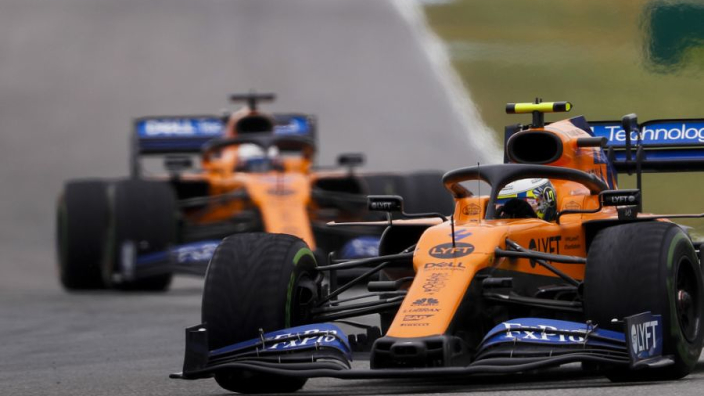 McLaren Chief Executive Officer Zak Brown labeled Carlos Sainz and Lando Norris as “outstanding” after a season of strong performances took the team to fourth in the 2018 constructors’ standings.

In finishing sixth in the drivers’ standings, Sainz became the first non-Mercedes, Red Bull or Ferrari driver to finish the year inside the top six since Valtteri Bottas and Felipe Massa achieved the feat for Williams in 2015.

In the Brazilian Grand Prix, Sainz scored the teams first podium in five-years.

Alongside the Spaniard, Norris landed the fans ‘rookie of the year’ award.

“Finishing fourth in the world championship, our best season since 2012, is a real credit to the team,” said Brown. “It’s a great result; it’s obviously what we’d hoped for but coming off the tough time we’ve had, it kind of seemed hard to think that we might actually finish there – and here we are.

“It’s a credit to our drivers, all our men and women at the track and the factory, our sponsor partners and, of course, our fans. We’ve always felt a tremendous amount of support, so I think all that energy carried us forward.

“We had a lot of changes coming into 2019 two brand new drivers, neither of whom have a world championship on their CV. They’ve just done an outstanding job. They’ve driven like future world champions.”