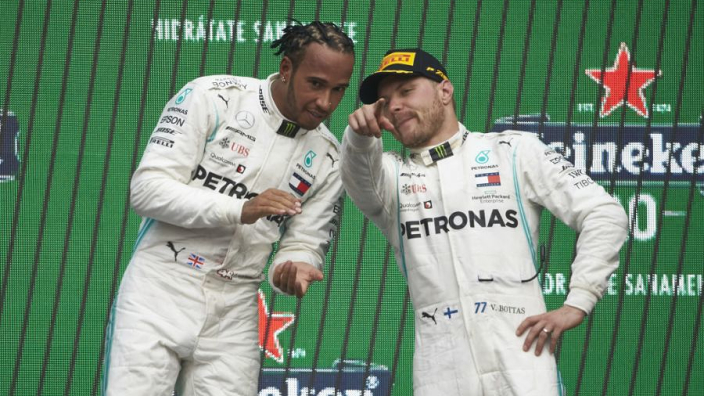 Valtteri Bottas says the strength of his bond with Lewis Hamilton was proven in the background changes made at Mercedes in 2019.

Hamilton’s performance engineer Riccardo Musconi became Bottas’ race engineer in 2019, helping the Finn win two of the opening four races of the campaign to appear a genuine title threat to his team-mate.

Bottas could not maintain form through the campaign as Hamilton eased to his sixth world title, however the switch behind the scenes did not have the bitterness that a similar situation between Lewis Hamilton and Nico Rosberg had done previously.

Hamilton said that Bottas would have gained elements from having Musconi on-board and the Finn confirmed that it helped him across the campaign.

“It was good for me to have a change, a different way of working with engineers,” Bottas told Motorsport.com.

“And also getting Ricci from Lewis’s side, he’s been working with him, so he knows very much in detail about his driving techniques and ways of setting up the car.

“For sure, it was always going to be a great opportunity for me to get maybe something even more than what I normally get in the meetings and what I see from the data.

“It was nice to have that kind of approach on the engineering side.

“There’s never been a problem about that. It definitely shows that we deal with things as they come in.

“He [Hamilton] is still hungry to be even better than what he is now. For him also, with different people, it’s always an opportunity as well.”