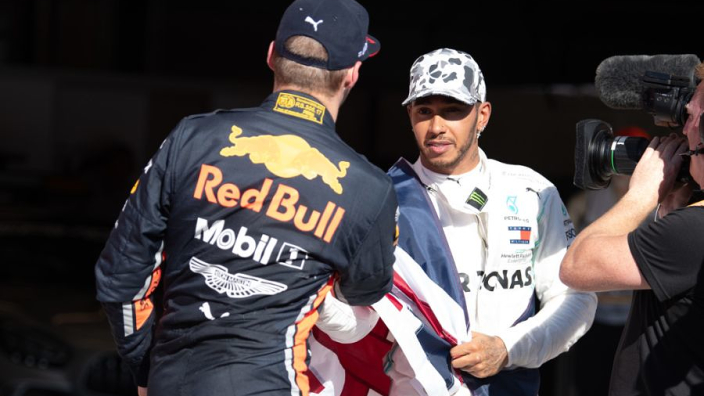 Lewis Hamilton is prepared to start 2020 with Red Bull joining Mercedes and Ferrari in the immediate fight for honours in Formula 1.

Red Bull have been typically slow starters during seasons in the V6 Hybrid era, which played out again in 2019: Max Verstappen finished the season third in the drivers’ championship after securing just two podiums in the first eight races.

Hamilton credited Red Bull’s rate of development year-on-year, although it has not been good enough to unseat Hamilton and Mercedes as the dominant forces in F1.

However, with stable regulations in force for 2020, and Red Bull’s relationship with Honda now established, Hamilton believes Verstappen and Alexander Albon will beat the forefront of the sport this year.

He said: “I really have no idea how it’s going to be. Generally at the end of the year, they [Red Bull] are strong. There are circuits like Brazil where they are strong.

“I don’t know why that is but they don’t start the seasons off as strong as Ferrari or us for example but that can change and you have to expect that that could be the case.

“At the end, we just focus on doing our job and doing the best that we can do.

“With the emotions they have every year and they push to achieve a super high target, and so nothing changes for us.”