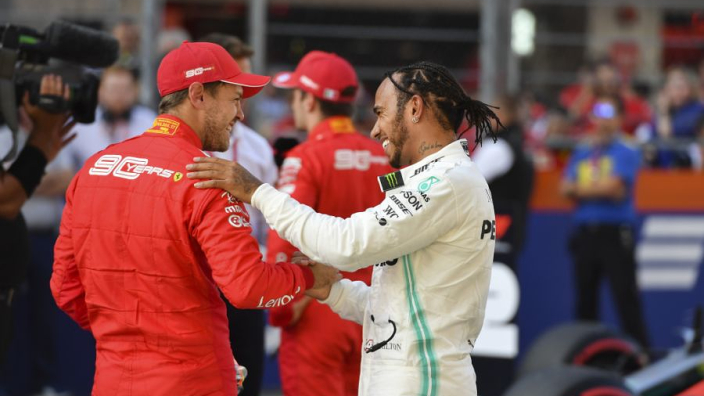 Mark Webber believes Charles Leclerc and Sebastian Vettel can guide Ferrari to constructors’ championship glory in F1 in 2020, but doubts that anyone will stop Lewis Hamilton from matching Michael Schumacher with a seventh drivers’ title.

Ferrari finished 235 points behind Mercedes in the constructors’ standings in 2019, although showed signs of having closed the pace gap in the second half of the campaign after the Silver Arrows’ began the season with five consecutive one-twos and a winning run that extended over the first eight grands prix of the year.

Although uncertainty reigns over whether the scrutiny over Ferrari’s mid-season pace gain will continue in 2020, as well as the relationship between Vettel and Leclerc, Webber still thinks the partnership will come good.

However, in the individual race, the former Red Bull driver expects Hamilton to hold off the challenge from Leclerc and Verstappen once again.

“For the constructors’ championship, Ferrari may look good, although I think Lewis will still show his superiority in the driver classification over a whole season.

“We don’t even have to talk about Verstappen anymore. He is now an established name and is on fire!

“I look forward to seeing Hamilton match Michael Schumacher’s seven world titles by 2020 while having to deal with Leclerc and Verstappen.”