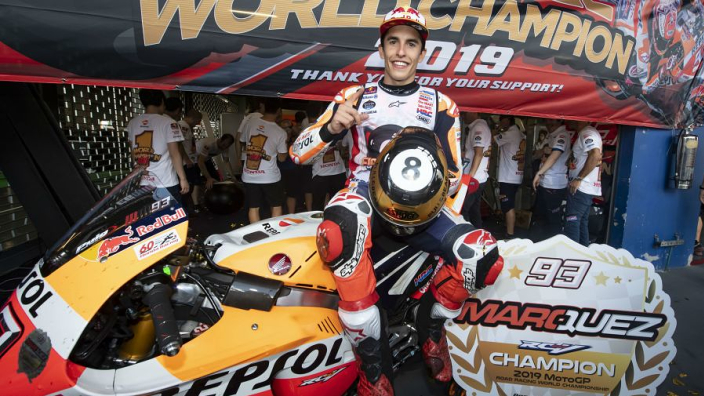 Lewis Hamilton and Marc Marquez have loomed large over Formula 1 and MotoGP respectively in recent years, utterly dominating both series.

The Spaniard wrapped up his sixth premier-class title in 2019, continuing a run of championship success that has seen him fail to be crowned champion in just one season since jumping up to MotoGP in 2013.

Over the same time period, Hamilton has been on a similar streak.

Mercedes‘ grip over the F1 grid did not begin until the year after, but Hamilton has taken home the drivers’ title in each year of the V6 Hybrid era, bar 2016, when Nico Rosberg pipped him.

How do the numbers stack up between the Spanish superstar and Hamilton since his Mercedes switch?