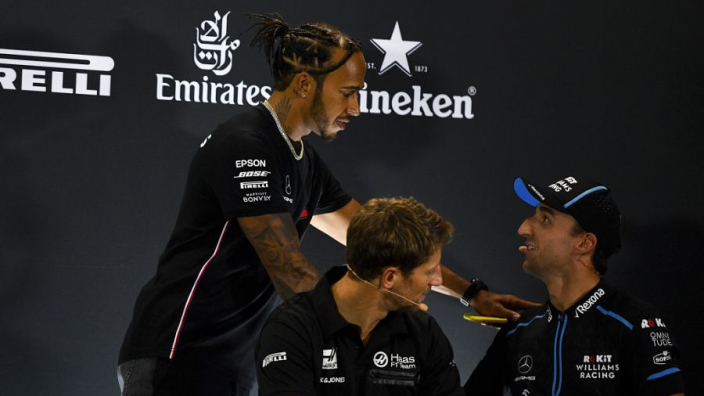 Robert Kubica has credited Lewis Hamilton‘s sixth world drivers’ title, claiming one of the Mercedes driver’s detractors’ most repeated arguments cannot be applied to his 2019 triumph.

Only Michael Schumacher, on seven titles, is ahead of Hamilton, while the Briton is also within seven race wins of the German great’s benchmark.

Hamilton’s dominance of the V6 Hybrid era has often been brushed off by critics as being more about Mercedes’ strength than his own driving skill.

However, with Ferrari having moved ahead in the power stakes this year, Kubica says Hamilton has proven his worth.

“Especially I think this season he has shown that even in many races where he was not in the fastest car he was still able to win those races or make the difference.

“This is what I think makes from Lewis a tough guy to beat, or nearly impossible. So it’s tough for the others, it’s good for him.

“I’m happy for him. We’ve known each other for very long and he showed this year some extraordinary driving every year. I think this year in some races he was really doing a hell of a job.”