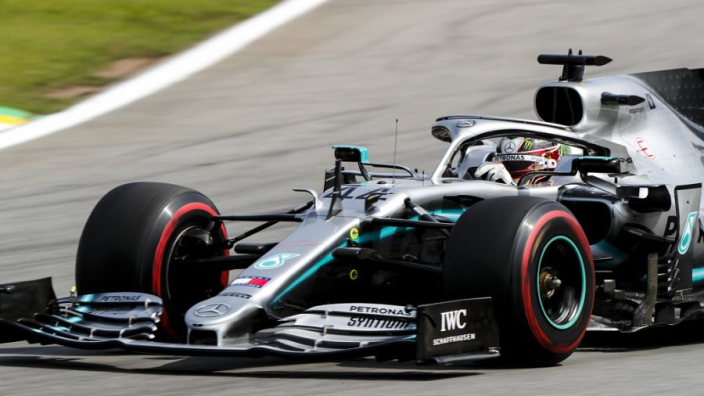 Lewis Hamilton says eschewing the use of the number one on his car helps to maintain his hunger throughout his run of dominance in Formula 1.

Since 2014, drivers have been able to select their own driver numbers, although world champions have been free to race with the number one, per tradition.

Only Sebastian Vettel has done so in this period, however, racing with number one in 2014 as he was the reigning champion.

With Nico Rosberg having retired after winning his championship, Hamilton is the only other driver to have had the chance to race with number one, something he has almost entirely turned down, apart from running it in FP1 at the Abu Dhabi GP as he celebrated his fifth and sixth titles.

On the first occasion in 2018, Hamilton said he did not “like it at all” and reverted to his customary 44 for the remainder of the race weekend – repeating the trick this year.

In an appearance on the Graham Norton Show, Hamilton was asked if his long-running sequence of success made it more “dangerous” for him as other drivers targeted getting the better of him, prompting the six-time world champion to open up on his tricks to keep his winning psyche intact.

“It’s not more dangerous now, [but] I’m the second-oldest driver there, believe it or not,” he said.

“And [there are] these 19, 20 year olds that have come in, but no, honestly, I don’t think [it is more dangerous being champion].

“Naturally I think I am a target, but my race number when I was eight years old was 44. Even though I am number one, and I have been for the last couple of years and I should have number one on my car, I keep 44 on there.

“So every year I feel like I’m starting a clean slate and no one’s champion, but I want to be the champion.”