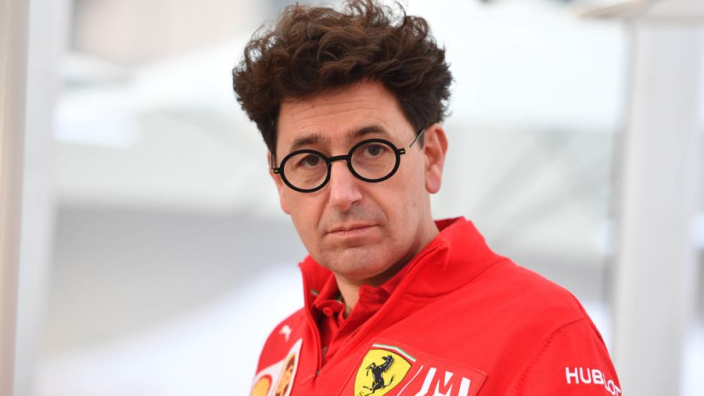 Ferrari CEO Louis Camilleri says the Scuderia hierarchy will keep faith in team principal Mattia Binotto in the hope that stability can bring the glory days back to Maranello.

Only the 2008 constructors’ championship has been brought back to Maranello under the guidance of Stefan Domenicali, Marco Mattiacci, Maurizio Arrivabene and now Binotto across the last 12 seasons.

Binotto’s leadership came under scrutiny in his first campaign at the helm as a pre-season decision to bestow “priority” on Sebastian Vettel largely failed as the German could not sufficiently outperform team-mate Charles Leclerc, while Mercedes romped clear in the early months of the year.

However, Camilleri says Binotto is not yet on the hot-seat, backing the man in charge to lead Ferrari back to greatness.

“We need patience, we need stability and serenity,” he said.

“If you look back in the history of Formula 1, where teams have done very well, be it McLaren, Ferrari in the good old days, Red Bull or today Mercedes, there is one common thread, which was that there was a lot of stability within the team.

“They learned to work very closely together. That is something we are very focused on. Mattia has been spending a lot of time to ensure that we have a cohesive, united team.”

With Ferrari building a new simulator, as well as combining preparations for both the 2020 and 2021 cars – as they look to get a head-start on the new regulations – Binotto says the Scuderia’s budget will skyrocket next year.

However, Camilleri says the company’s success with its roadcar division will filter its way through to fund success in F1.

“We’re also prepared to invest and luckily the car business can support those investments, not only in terms of people, but also in terms of infrastructure.”