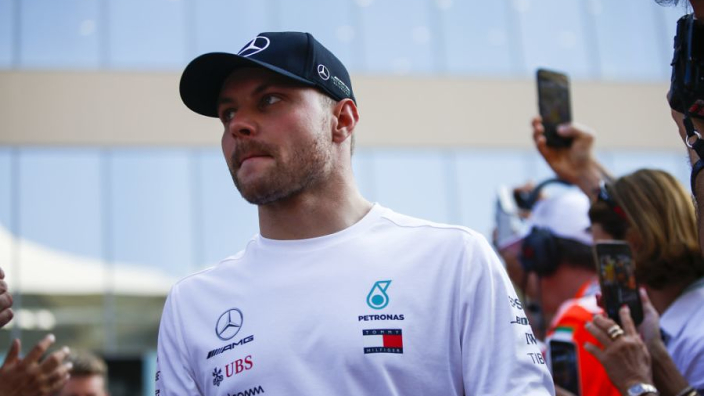 Valtteri Bottas says he remains open to opportunities outside of Mercedes for 2021, but remains certain for now that the Silver Arrows remain the team to be with in Formula 1.

Mercedes’ driver line-up beyond next year remains highly uncertain, with both Bottas and Lewis Hamilton coming to the end of their contracts and the Briton reportedly looking into a move to Ferrari when F1 enters a new era of regulations.

Bottas has kept his Mercedes seat for a fourth year, having pushed Hamilton closer than anyone in an ultimately unsuccessful title charge in 2019, although the campaign remains the Finn’s best in F1 to date, with five pole positions and four race wins putting him second in the drivers’ championship.

The Finn was reportedly close to losing his Mercedes seat for 2020, with Esteban Ocon under consideration, and says he will not shut down other offers, despite hoping to retain his seat again into 2021.

“I’ll still wait to see what’s out there, with this team first, so there’s really no stress to rush things,” he said.

“I’ll definitely have talks about it soon. Of course all of us drivers are seeing what opportunities are out there, but if I had to decide right now what would be my future in Formula 1, that would be a no-brainer: I would stay with this team.

“I believe in the job we’re doing altogether and, with them, I’m becoming a better driver all the time.

“We’ll see how the next season starts, what opportunities will be available. There are many elements that have to come together and, at the same time, I want to keep my mind open regarding the future.”