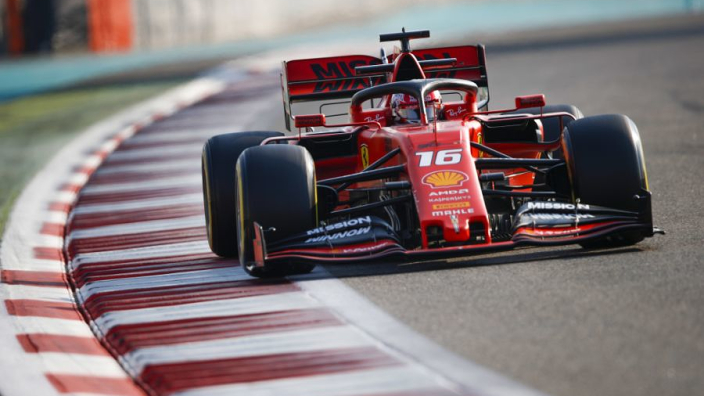 Ferrari team principal Mattia Binotto says the scrutinised Scuderia engine has proven its legality in 2019, despite continued attention from the team’s rivals.

Ferrari moved ahead of Mercedes in the power stakes in 2019, with their advantage jumping out remarkably after a mid-season upgrade – which preceded a run of six straight pole positions.

Their form slumped at the United Sates and Brazilian Grands Prix, with the FIA issuing technical directives before both races, prompting rivals to form a correlation – Max Verstappen even went as far as to say that the Scuderia had been prevented from cheating in the process.

However, Binotto says that their newfound standing as fastest on the grid came with extra tests from the FIA, which did not turn up anything illegal in the Ferrari power unit.

“If I look at the whole season, we have been one of the most checked teams, that was before or after the technical directives,” Binotto said.

“And when you got a performance advantage, and certainly we got it during the whole season, we have been the most checked.

“Being checked, I think it’s normal, it is somehow good because through the checks you are proving your legality.

“After the technical directives, the number of checks on our cars have multiplied. The reviews have been shown to FIA the details have been discussed.

“So whatever could have been done through collaboration with FIA has been done. We have never changed our way of operating the engine for the last part of the season, showing that somehow our power unit has full legality.

“Otherwise had that not been the case, if there would have been any non-legality, it would have come out at the very first check.”