This year’s United States Grand Prix suffered from heavy rain on Friday that limited practice running and contributed to a race in which Ferrari’s Kimi Raikkonen held off the Red Bull of Max Verstappen and Mercedes of Lewis Hamilton, with all three on different strategies.

Following that race F1 sporting chief Ross Brawn agreed there is a link between the reduced data the teams had from Friday and the entertaining race, and said it should become part of F1’s deliberations over how to make racing better.

Lowe told Motorsport.com that one solution Brawn had suggested was to stop teams from sampling the different compounds available for each weekend.

“The cars are completely reliable and they’re completely optimised in terms of set-up, deployment around tyres or whatever,” said Lowe.

“That means that the results you get are massively more predictable to the point. The major variable is the driver and mistakes he might make.

“But even there, drivers nowadays are completely fit, so they don’t even get tired like they used to, and they are well trained, coached. They don’t make many mistakes.

“We need to throw stuff in, that stops the optimisation.

“Ross has talked about this, that you can’t test any tyres on Friday, you have just a base tyre that’s just to let you work with the car and learn the circuit. A few things like that.

“Then everything is thrown in as a lucky dip for you for the race. I think it’s great.”

Lowe said that the predictability of modern F1 is a consequence of the progression made by teams over the last three decades with how they analyse different areas.

The former Williams, McLaren and Mercedes engineer explained that 30 years ago “we came to the race with two engineers, now we have 30 – and another 30 back at the factory”.

He said: “If you want to make it more valuable, you’ve got to prevent the optimization and allow for effectively more disturbance, more noise, which will come from external factors, that we couldn’t optimise around.

“It will be good. Because the other alternative [is] you get rid of the engineers by cost cap or reduce the operational staff level here [at the track].

“I am not trying to just make a lot of engineers redundant, they can do other things.

“I think Ross has realised [that optimisation is causing predictable races], that’s his own observation, and he has a project around that.” 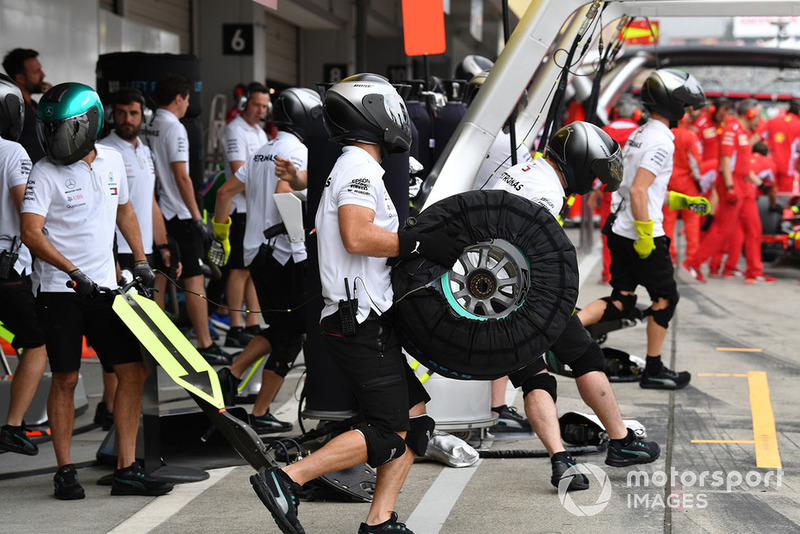