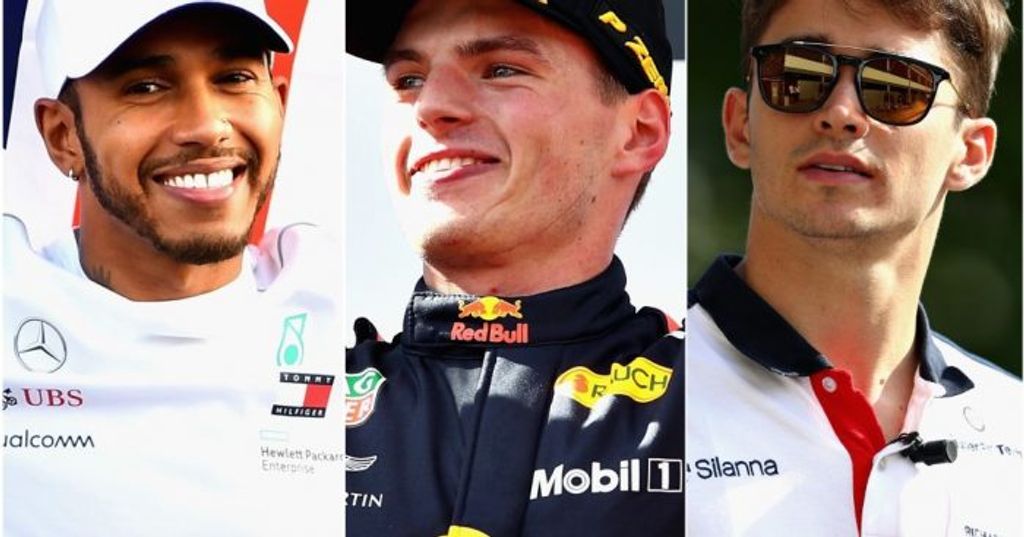 The results are in and the wait is finally over! Here are the winners of our end-of-season awards…

Over the course of a week, ourselves and The F1 Word revealed five categories and the accompanying nominees, and you responded in your thousands!

Here are all the winners and a full rundown of how you voted. Drum roll please…

Best driver of the season

Lewis Hamilton took the Drivers’ Championship for a fifth time, and a fourth in the last five years. The Brit dominated the second half of the season and he dominated this vote, too, taking a 35% share.

Charles Leclerc came second with 22% of the vote, after a fantastic rookie season with Sauber. The Monegasque driver has been rewarded with a move to Ferrari for 2019.

Max Verstappen rounds out the top three. He was second only to Hamilton in the second half of the season, with a victory in Mexico, and he took 15% of the vote.

Kimi Raikkonen FINALLY got that victory. He won the United States GP to end a run of 113 races without a win. He got 10% of the vote, with Fernando Alonso next with 7%. No-one knows how the two-time World Champion scored a half-century of points in that McLaren, but he did!

Nico Hulkenberg finished best of the rest in the standings, but only got 6% of the vote here, with Pierre Gasly getting just 2% of the share.

Best team of the season

Unsurprisingly, Mercedes took the spoils in the teams’ category as well. The Silver Arrows took 35% of the vote after winning a fifth consecutive Constructors’ Championship.

Sauber took second place in the vote with 25% of the share. They enjoyed a huge improvement from rock bottom in 2017 to fighting in the midfield this time round.

Haas pushed Renault all the way in the fight for the Formula 1.5 title, eventually finishing in P5 in the Constructors’. They took 15% of the spoils here and a third place spot.

No other team managed to get double figure percentages in our vote. Red Bull came next, but they endured another season of being behind Ferrari and Mercedes for the majority.

Ferrari and Force India both shared 6% of the vote. The Scuderia missed out on the title once again, and have not taken a trophy home since 2007, while Force India would have finished P5 had they not been excluded from the Championship at the halfway stage.

Renault took 5% of the vote after finishing best of the rest, with Toro Rosso taking just a 1% share after their improvements with the Honda engine.

Best overtake of the season

It just had to be, didn’t it! Daniel Ricciardo took the overtake of the year category with the move that gave him the win in China. 36% voted for the Aussie, who managed to squeeze his Red Bull down the inside of Valtteri Bottas in Shanghai.

Before their contact, Kevin Magnussen produced a fantastic overtake on Charles Leclerc in Suzuka. He took second place in this vote with 25%, with Lewis Hamilton’s triple overtake in third with 18%.

The Brit managed to get past Fernando Alonso, Esteban Ocon and Nico Hulkenberg down the main straight in Bahrain.

Lews Hamilton also took fourth place in this vote, with 10% of you choosing his Turn 2 overtake on Sebastian Vettel in Russia.

Vettel, himself gets on the list as well. He got 8% of the share with his overtake on Valtteri Bottas at Silverstone which gave him victory in Great Britain. Valtteri Bottas got 3% of the vote for his Eau Rouge pass on Brendon Hartley at Spa.

Best recovery drive of the season

He had just two wheels and no front wing at one point, but somehow Fernando Alonso came through from the back to finish in P7 in Azerbaijan. He got 34% of the vote to take the recovery drive award.

Lewis Hamilton took second with his German Grand Prix victory after qualifying in P14. There was the infamous “In, in, in, in, in, in” pit radio, but he went on to win the race.

Max Verstappen started the US GP in P18, but came through to finish just a second behind race winner Kimi Raikkonen in Austin, and he takes third with 24%.

Hamilton and Verstappen both feature again on this list. The Brit was spun round on the opening lap in Silverstone and dropped down to P18.

No matter, as he came through the field at his home race to finish in P2. He got 11% of the vote for that comeback, with Verstappen taking just 4% of the vote for his drive in Sochi, despite leading the majority of the race.

Best race of the season

Again, this one is not a surprise, as the United States Grand Prix was voted for by 32% as the best race of the season. Kimi Raikkonen’s first victory in forever, Max Verstappen’s comeback drive, Sebastian Vettel’s spin, and the first lap chaos. The Austin race had everything! T

he Azerbaijan GP got 17% of the vote, most famous for the Alonso two-wheeled McLaren, and THAT crash between the two Red Bull boys. Both the German and Italian GPs took 10% of the vote, with Lewis Hamilton taking victory in both. The German GP got 245 votes, three more than Italy.

Silverstone came in fifth in this vote, taking 9% of the share, as Lewis Hamilton came through the field, and the two Mercedes and Ferraris went head-to-head for the first real time in 2018.

Bahrain and China both took 8% of the vote, with the Brazilian GP taking 6%, as Mercedes wrapped up the Constructors’ and there was the infamous crash (and afters) between Max Verstappen and Esteban Ocon.

For all the reaction to the results, head on over to The F1 Word: