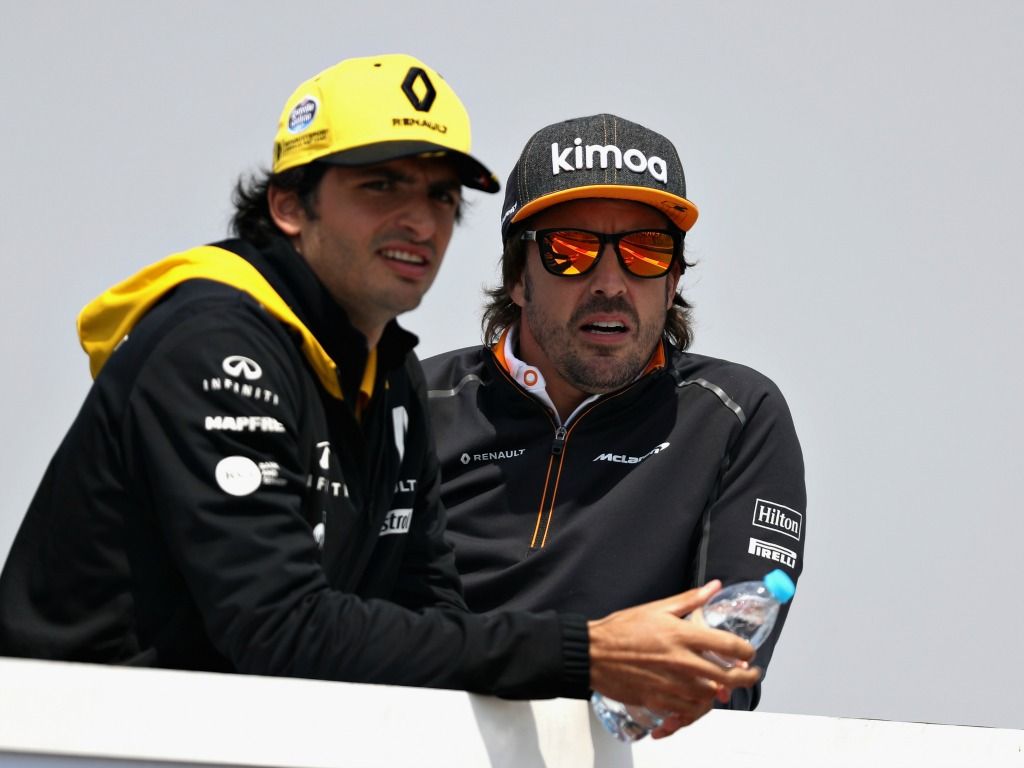 Carlos Sainz has admitted that he is hoping that he will stay close with his good friend, and fellow Spaniard, Fernando Alonso.

The two-time World Champion is leaving Formula 1 at the end of the season, with his countryman replacing him at McLaren for 2019.

The two have enjoyed a close relationship since Sainz moved up to Formula 1 in 2015, and the Renault man hopes they will stay close after Alonso’s departure.

“Probably Fernando and myself are the most open drivers between each other,” Sainz said.

“If we have to tell each other a little secret, we do tell it, because of the trust.

“I hope next year, it is maybe a bit more, now that he will not be in F1 and we are not on-track rivals any more.”

Sainz, who is the son of former double World Rally Champion Carlos Sainz Sr., hopes that his relationship with Alonso will remain, as he believes it helps him grow as a driver.

“Hopefully we can keep that relationship and develop it because I think it can only be positive for me,” he continued.

“I know that I can always pick up the phone and give him the call because every time I have needed him on something, he’s been there for me.”

Sainz does not know what Alonso will be doing next year, with the McLaren man having the possibility of IndyCar, WEC, or maybe even both.

Despite that, the younger Spaniard hopes that his compatriot will stay with McLaren in some capacity.

“A figure like Fernando will always give you a bit more confidence, especially as he has been around for so long so he knows what the team needs to do,” Sainz added.

“Even if he doesn’t support me – but I’m sure he will – McLaren might also need a figure like him. I don’t know if he will stay or not.

“It’s probably a question to the management more than to me. He’s always an important figure wherever he goes.”

Sainz is not the only one who wants to keep him around. McLaren boss Zak Brown believes that the friendship will work to Sainz’s advantage.

“It will certainly not hurt. As he stated, he’s [Sainz] a huge fan of Fernando’s,” Brown said.

“It feels special to him and I think that is what you want from a driver, you want them to feel like they are in a special environment.

“Fernando being around, maybe from his point of view, he feels like he’s replacing Fernando.

“To him, if that feels special and motivates him, then that is a great thing.”

Carlos Sainz will partner Lando Norris at McLaren for the 2019 season.