Ten of the best pictures which tell the story of the 2018 Singapore Grand Prix weekend. 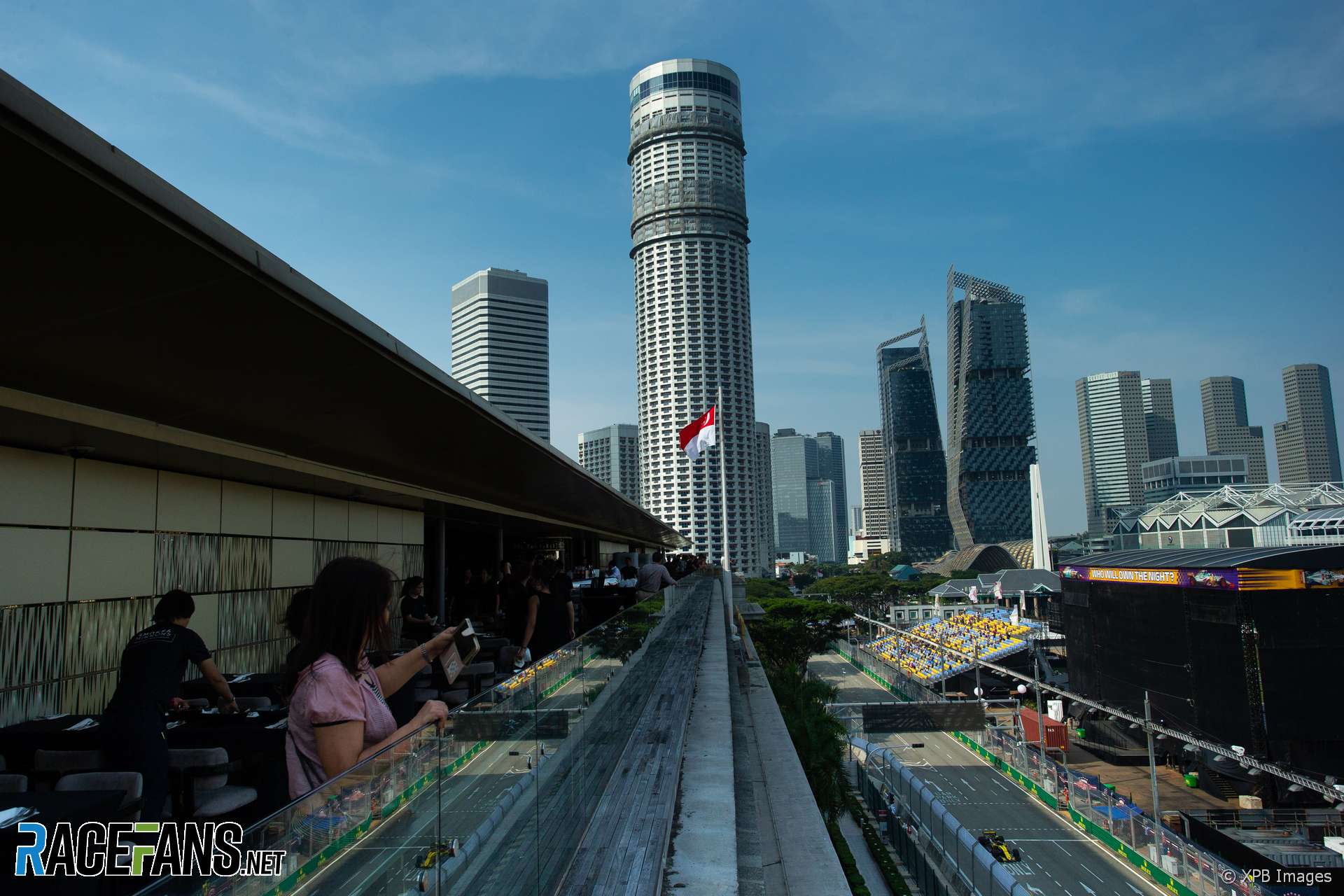 The track looks very different in the daytime…

…but comes alive when night falls.

Kevin Magnussen looked out of sorts all weekend, mystified by a lack of pace in his Haas.

The Red Bulls thrived on the bumpy, twisty Singapore track, showering vast plumes of sparks as their floors hit the ground in the braking zones.

Unlike last year, the field made it to turn one unscathed.

This should have been the moment that made Sebastian Vettel’s race: He nabbed second place off Max Verstappen on the first lap, but lost the position later on through the pits.

Sergey Sirotkin had to make an unscheduled pit stop to have part of Esteban Ocon’s wheel rim removed form his Williams.

After a tough run of races for McLaren, Fernando Alonso came out ‘best of the rest’ in Singapore again.

Ferrari were the pre-race favourites but Lewis Hamilton pulled off an unexpected win to boost his championship advantage.